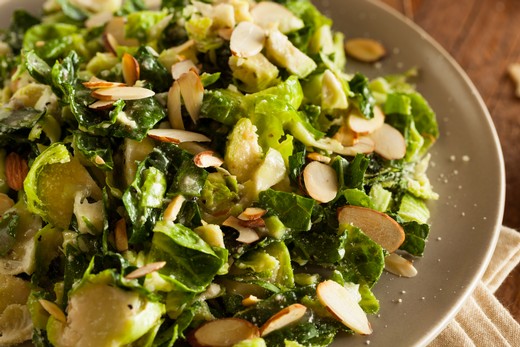 3. Transfer the brussels sprouts from the bowl onto a sheet tray making sure to create one even layer with all the sprouts to roast uncovered. Allow the brussels sprouts to roast for 30 minutes with a convection fan on, or 40 minutes without a convection fan turned on. Once done roasting, remove the sprouts from the oven and allow it to cool for 10 minutes.

4. For the hazelnuts: On a small baking tray, place a sheet of parchment paper cut to fit the tray, and lay out an even layer of hazelnuts to be roasted simultaneously to the brussels sprouts, however they will only roast for 5-7 minutes so keep an eye on them! Once roasted, allow the hazelnuts to cool before roughly chopping them and reserving them aside to be used as a topping later on for plating.

5. For the bacon: Lay out your bacon (preferably a thicker cut to have more delicious bacon fat to render out!) and dice into ¼ inch slices. Proceed to add these to a pan over a medium flame, which allows for the bacon to not only render the fat more evenly, but also allows for more consistent crispiness on the pieces themselves. Remove the bacon from the pan once the preferred doneness is reached and set aside to be added as a topping. Be sure to reserve the bacon fat that was rendered, as that is just additional flavor depth that can be added to the brussels sprouts!

6. For the manchego: Using either a cheese grater or a microplane grater, shave your segment of manchego. Reserve the shavings aside to top the salad with a luscious flavor addition!

7. For plating: Add your desired portion of brussels sprouts to a bowl (if you reserved the rendered bacon fat from earlier, drizzle a tablespoon of it over the sprouts and give them a brief toss to spread the bacon goodness!). Then, add your diced bacon over the top of the brussels sprouts, followed by the shaved manchego cheese! Drizzle 2 tablespoons of the cranberry balsamic vinegar over the salad in an even spiral pattern, and top with the chopped roasted hazelnuts and voila! A cozy winter roasted brussels sprouts salad to share with your loved ones this season, paired with your favorite Starfield wine! 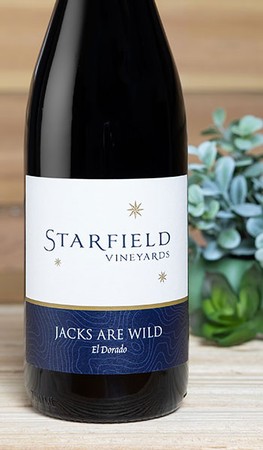