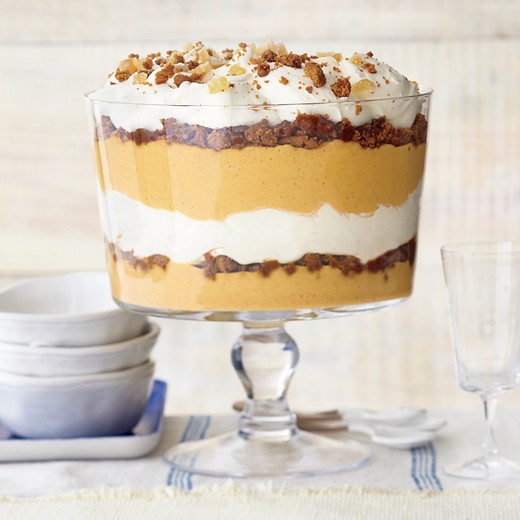 In a large mixing bowl beat the egg white with the water. Stir in the pecans, mixing well until coated.

In a small bowl, mix sugar, salt, cinnamon, cloves, and nutmeg. Sprinkle over the nuts and mix well to coat them.

Bake for 30 minutes, stirring every 10 minutes. Be careful not to overcook them!

Using an electric mixer, beat all ingredients in a large bowl until firm peaks form. Set aside 1/2 cup mascarpone cream for the pumpkin filling.

Uncover trifle and sprinkle 1 cup of spiced pecans decoratively over the top.