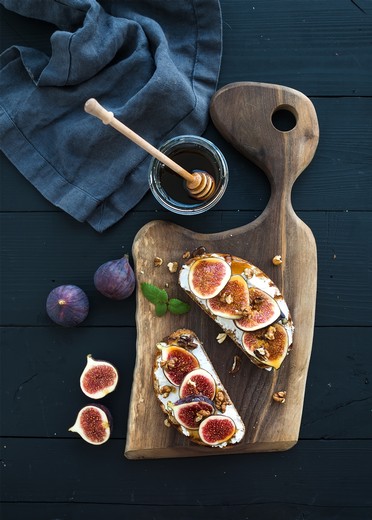 1. Wash all the produce to assure cleanliness!

Slice the baguette on a diagonal bias in half in thick slices. Brush with a thin layer of extra virgin olive oil and lightly toast the baguette slices until crisp and faintly browned. This will be the foundation of the dish, so be sure to take care when slicing and toasting so it can be as even a surface as possible!

Begin with slicing each of the herbs very small, as they will be folded into the goat cheese, freshening up the creaminess with robust herbaceous undertones. Once the herbs and goat cheese are combined, reserve aside for plating later.

With a sharp knife, slice off the top stem of the fig and proceed to slice the fig in half lengthwise. Take half of the fig and make 5 vertical slices that will allow you to “shingle” the fig as seen in the plated photo of the bruschetta. Repeat this process until you have a satisfactory amount of fig “shingles." Reserve figs aside for bruschetta assembly.

Either using a microplane grater or a channel knife, begin zesting the oranges being careful not to grate too deep into the orange skin to avoid the more bitter orange pith (the more pale colored skin under the immediate exterior).

Take one of the toasted baguette slices and apply a generous layer of the herbed goat cheese to one side. Then, lay down the fig “shingles” onto the herbed goat cheese side of the bruschetta base, layering them to give an effect of depth and an intriguing visual from the interior fig pattern! Add a tiny pinch of cracked black pepper over the top of the figs, followed with a teaspoon of hickory-smoked balsamic vinegar. Next, drizzle a generous amount of honey over the top of the bruschetta in a zig-zag pattern, and finish the bruschetta with a pinch of the orange zest. This dish is designed to be three pieces of Bruschetta for a single 12-ounce serving, so make bruschetta to your heart's content and serve them up for your next winter gathering! 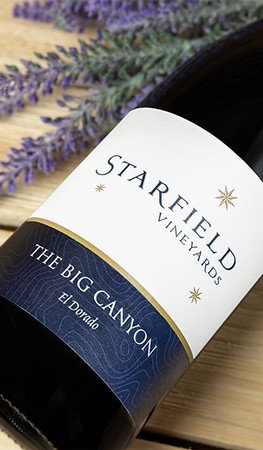 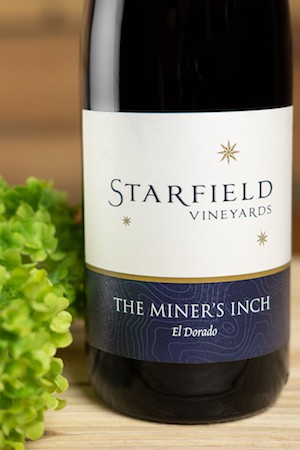